Yamaha grand pianos are the first choice of countless American and international pianists, and are featured center stage in the world’s most prestigious concert halls, music conservatories, international piano competitions, and music festivals.

Yamaha U Series upright pianos have long been a leading choice for educational institutions, professional musicians and discriminating home pianists. 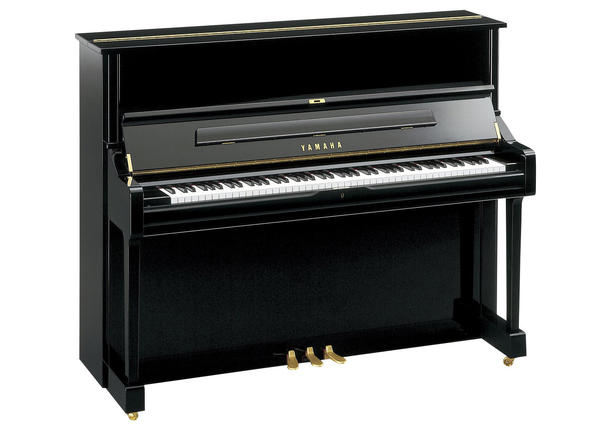 Inquire about this piano  > 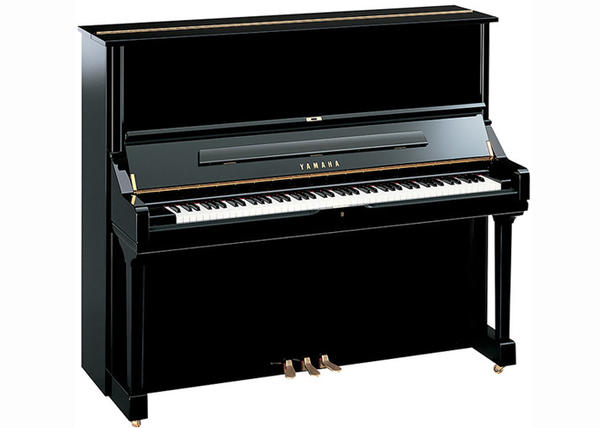 An expansive soundboard and acoustic chamber give the 131 cm (52") U3 extended power and projection, with the peerless tonal and expressive control of the legendary Yamaha action.

Inquire about this piano  >

Yamaha - A New Paradigm in Pianos

Classic Pianos of Washington is proud to be the exclusive Yamaha Dealer for the Seattle, Bellevue, Everett, and Greater King County area.

Since 1902 when Yamaha introduced its first Japanese grand piano, Yamaha's reputation has climbed to top international ranking with the 2010 unveiling of its nine-foot CFX – a full concert grand piano characterized by a wide palette of tonal colors and the ability to create the most subtle expressive nuances. The CFX, which replaces Yamaha's acclaimed CFIIIS concert grand, represents 19 years of research and development in the making. It can project over the sound of a symphony orchestra, even in very large halls, or provide elegant accompaniment in solo or chamber music settings.

More than any other piano maker, Yamaha builds a piano for every pianist — whether you're a beginner on a tight budget or an accomplished artist, you'll find an instrument of lasting value on which to hone your technique and express yourself.

Called "a refined and aristocratic artist" by The New York Times, Vladmir Spivakov is considered one of the most talented violinists of his generation. He currently serves as the Artistic Director and Principal Conductor for the National Philharmonic of Russia.

Olga Kern is the striking young Russian Gold Medal winner of the 2001 Van Cliburn International Piano Competition. Her performance of the Rachmaninoff Piano Concerto No. 3 made her the first woman to achieve this distinction in over 30 years.

Voiced and prepared for her Seattle appearance by Hiroaki Mizutani, Concert Piano Technician for Yamaha Artist Services, Inc., New York, the CFX received high praise. “This piano has this wonderful, big, big sound, which is so important with an orchestra,” Ms. Kern gushes. “It also has so many different, beautiful colours. I'm telling everybody and all my friends that this piano is really special.”

Yamaha pianos are preferred by top American and international pianists, and are selected for some of the world’s most prestigious concert halls, music conservatories, international piano competitions, recording sessions, and music festivals — Classical, Jazz, and Contemporary venues.

The Greater Seattle area has climbed to national ranking for its Seattle Symphony Orchestra, Seattle Chamber Music Society, Seattle Piano International, Gallery Concerts, University of Washington School of Music concerts and piano recitals, as well as for hosting some of the most prestigious music festivals in America where classical and jazz pianists appear in concert.

Classic Pianos of Washington continues to support these outstanding music and arts organizations by providing pianos, and through paid sponsorship of advertising in Seattle area programs.

Recordings, Concerts, and Festivals
Canadian pianist Glenn Gould's legendary 1955 rendition of Bach's Goldberg Variations was recorded on a Yamaha of his selection and preference. Today, a growing number of top-ranked pianists who have been exclusive to Steinway or Baldwin in the past, for example, are playing Yamaha instruments in recordings and concerts.

Ms. Lesnie: “You've recorded on a Yamaha. Was there a specific reason that this piano suited these works?”
Mr. Hough: “All the nuance and textures and transparency I was striving for was more possible on the Yamaha I chose than on other instruments. I didn't want a piano with too rich or thick a sound – rather something light, airy, closer to the pianos Chopin himself liked and played. A piano is your voice and this experience was 100% positive for me.”

“We were very pleased to have premiered the instrument at IKIF,” says Rose, who has been called an “unbelievably brilliant pianist and virtuoso” by the Berlin Morning Post. “The instrument met all expectations; not only mine but those of the artists that chose it. The CFX satisfied all the discriminating artists who played it. They had a great sense of joy when playing it. Kudos to Yamaha.”

Guest artist faculty at IKIF included distinguished pianists Joaquín Achúcarro and Akiko Ebi, as well as Yamaha Artists Alexander Kobrin and Olga Kern, all of whom gave master classes and performed in recitals in the Masters Series. Since 1999 the Festival has attracted students from around the world to study with Faculty Artists, participate in master classes and attend concerts and lectures given by some of the world's best-known pianists and scholars.

Classic Pianos received Yamaha Corporation's Top Dealer Award for the United States at a gala dinner held in Anaheim, California during the 2012 convention of the National Association of Music Merchants (NAMM).

Yamaha Classical Pianists who are favorites with Seattle and Pacific Northwest audiences include:

Popular and Jazz Yamaha Artists who have appeared in numerous Seattle and Pacific Northwest concerts include: